Happy Monday crafty people!  I hope you all had a lovely weekend.  Our weather warmed up a bit and we had a fab day out yesterday which inspired the card I’m sharing today! Before I share my card I thought I would show a few pictures from our little road trip.

First stop was Hailes Castle, near East Linton in East Lothian.  We followed the sat nav onto a really narrow country road and at first drove straight past this hidden gem!  I’m glad we persisted and found it as it was a beautiful spot. We had a lovely wander around this 14th century castle and the stream running down to the river Tyne.  There was a really pretty little woodland next to the castle where we spotted my inspiration for my crafty project…. lots of forget me nots! 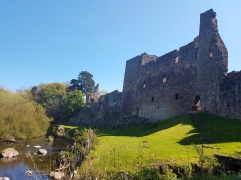 So I tried to recreate some forget me nots for a card.  I used a die set from a magazine gift a few months ago (I do love a freebie!) 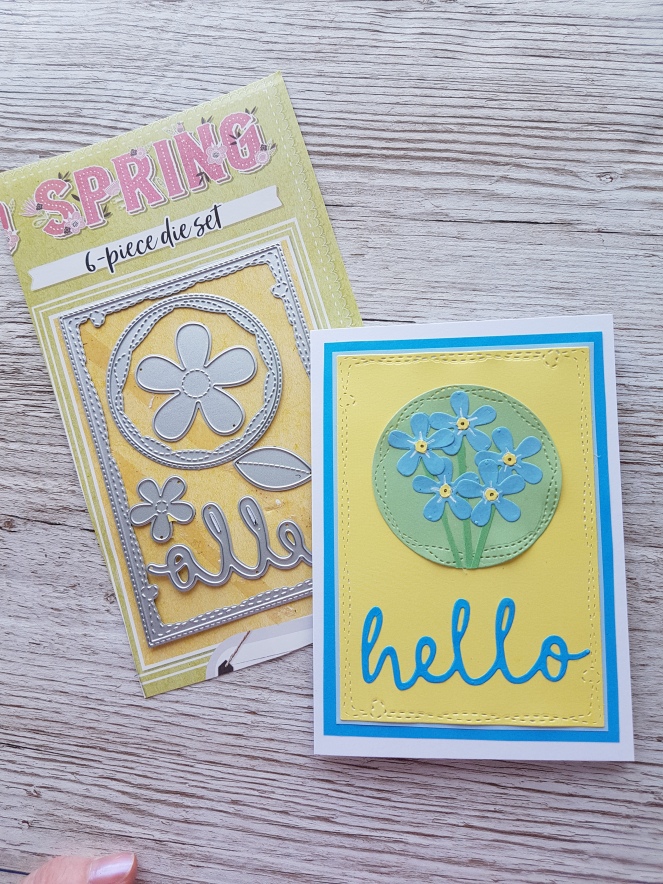 I cut a few of the smaller flower in blue and cut yellow centres and added the details with gel pens in black and white. 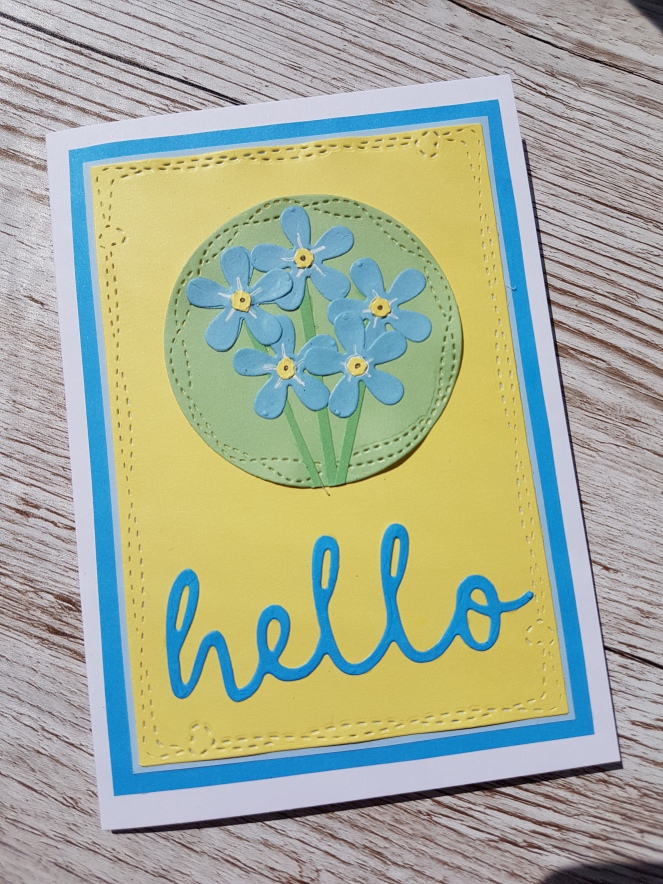 Not quite as pretty as the real thing but a nice reminder of a fun day out!  Back to our tour…..

We had a lovely drive along lots of leafy country roads trying to find Doon Hill, an archeological site which escaped us (this time!).  We did pass a little sign on some railings which said it was the “witches stone”.  Of course I did a bit of searching online when we got home and apparently it’s thought to be the sight of the last witch burning in East Lothian in the early 1700s!

We then headed to the coast and popped into St Abbs which is where they filmed New Asgard for the recent Avengers film.  We didn’t see any sign of Thor but we did have a very yummy bowl of Cullen Skink and a wander around the harbour.  I loved the beautiful sculpture which is a memorial for Scotland’s worst fishing disaster in 1881 where 189 fishermen lost their lives in a terrible storm.  These sculptures are called “Widows and Bairns” and represents the families left behind and they are located in Eyemouth, Burnmouth, St Abbs and Cove (which was our next stop). 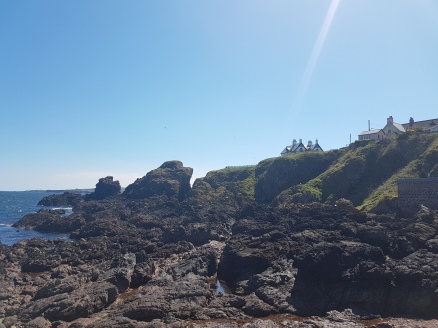 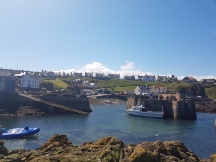 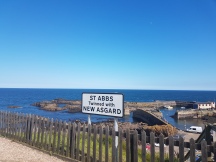 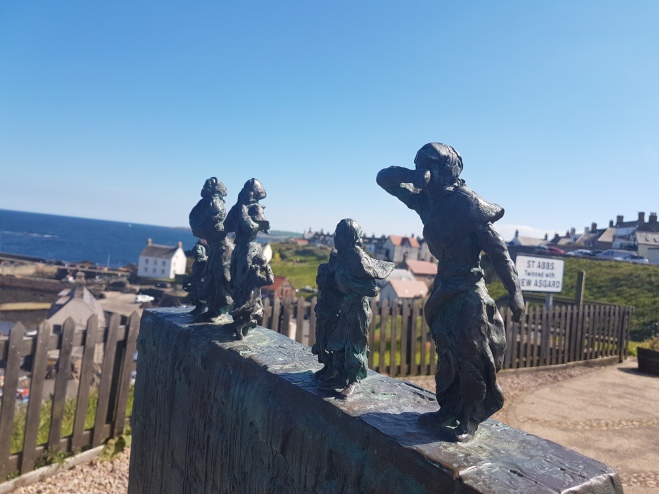 Cove harbour lies a little further north up the coast from St Abbs.  I had memories of being there as a child and it was so lovely to see it again.  We accessed the harbour by walking through a dark tunnel in the cliff (which I was terrified of as a child!). 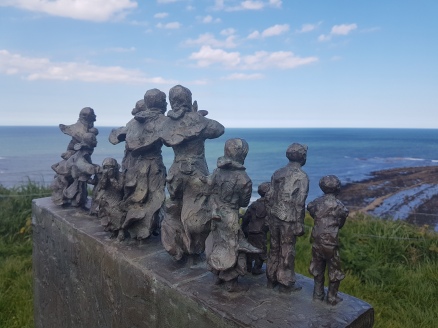 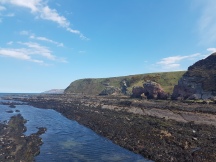 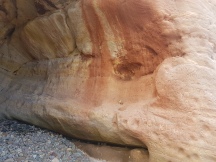 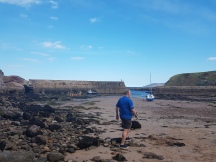 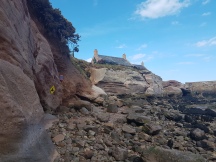 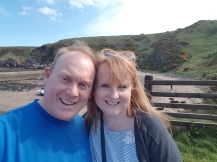 It’s a lovely peaceful place with beautiful rocks along the coast line and a pretty beach.

I hope you enjoyed a little sneak peak into our weekend wanderings and the inspired project.  Thanks so much for visiting the blog and I hope to see you again very soon.

Jenny (AKA the Ginger Ninja!) x

I’d like to enter this card into the following challenges:

Creatalicious Challenge 162 – Anything goes with optional twist to add flowers

Crafty Friends 109 – use more than one die

There's a new video up on the Jenny Ginger Ninja Crafts YouTube tonight. I'm chatting about this valentine's theme pocket letter I made recently for a swap.
I made these cards with the fab stamps from @creativestampingmagazine for a couple of birthday boys celebrating today.
Happy valentines day! I made my hubby's card with some gorgeous @traceydhey stamps love these cheeky monkey!
Another make using the new musical nitettes from @juliamcneillcrafts this time its the beautiful Re with some of the pretty flowers from the accessories in the collection. Don't forget the 20% discount available until midnight on the 9th of feb (code is MUSIC20 )
Have you seen the new Musical Notettes digital collection from @juliamcneillcrafts ? Irs a bumper collection with beautiful images, accessories and sentiments all inspired by her daughter singing the scales. This is "la"
Tomorrow is the launch of the Garden Tots collection from the lovely @juliamcneillcrafts